The Tabor College, United State America, offers up to $4,500 grants to international students interested in undertaking a degree program at the Institution. Why choose to study at Tabor College? Tabor College recognizes that learning occurs in informal settings, in the classroom, and in organized field experiences, therefore, it has set a goal to develop students who are broadly educated, competent, and well-rounded, and who embrace the joy of learning.

Tabor College, named after Mt. Tabor, where it is believed the transfiguration of Jesus took place, has impacted the lives of thousands of people for over a century. Established in 1908 by the Mennonite Brethren and Krimmer Mennonite Brethren denominations, Tabor opened its doors with 39 students and three instructors. Before the end of the school year, enrollment sky-rocketed to 104 students and seven faculty.

Sadly, in 1918 a fire destroyed the building that housed the college for its first 10 years. But supporters of Tabor banded together and built two new buildings in two years’ time:  a dormitory/dining hall and an administration/ classroom building finished in 1920 and still used today. That structure is the H.W. Lohrenz Building, named after Tabor’s first president.

University of Sydney Scholarship in Australia 2022/2023 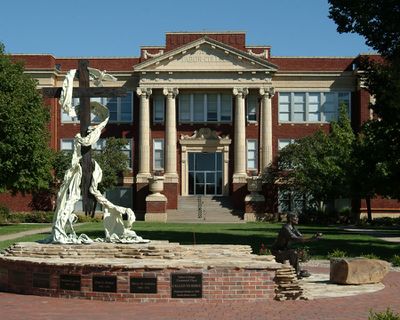 As a college that is owned and operated by the Mennonite Brethren Church, Tabor accepts and seeks to follow the Confession of Faith of the General Conference of Mennonite Brethren, which was adopted in 1975 and its subsequent revisions. Mennonite Brethren’s doctrines are in agreement with those of most evangelical Christians.

Eligibility criteria for the International Student Grants at Tabor College.

Number of Awards: Not Mentioned

Method of Application: First, an application for admission must be made via the university portal.

Application Deadline: Applications for admission can be made by 1st June 2022 or 15th July 2022 latest.